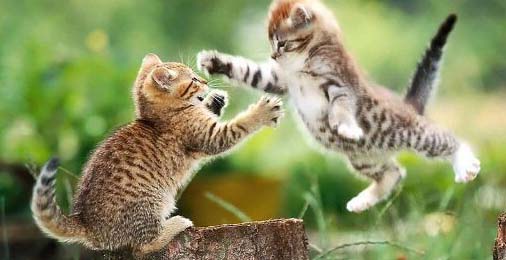 Conflict is as real as gravity. Just as everything falls to the ground so does conflict gravitate in the survival instinct of every living creature. The more complex is the organism the more sophisticated is the context of conflict. From the struggle for food in every link of food chain to political competition of the nations, footprints of conflict marked every step of the way. Why conflict?

Why is there so much conflict in my life? It would profit me to pause and to sit down and think. During a recent conflict I got a call from a friend. All throughout the entire call, I patiently listened as my mind started to duck and dodged the invisible emotional bullets fired my way. The conflict that was waged in my heart continues to plow through my mind long after I hanged up the phone. I tried to muster every possible argument to defend my ego. Survival instinct? Not a trace of doubt it was. After the tempest has past, I tried to access the whole process. Just like many instances in the past, it always started with a little misunderstanding or misinterpretation of a situation followed by lengthy introverted thought process detached from the source of stimuli on party concerned. To further protect oneself, the emotions took on an entirely different appearance to camouflage the real issues, again for self preservation, before it is released and communicated to the outside world.

To make the story short, I learned as difficult as it is, to look deep into myself and communicate appropriately and accurately with the interest of the others in mind and act accordingly. It usually is a humbling process. Ego should always be left at home during the difficult trek. But the reward is worth all the sacrifice made. There would be time we could come out on a stretcher, bleeding all over, but at least the healing process has begun.